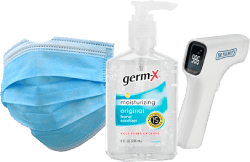 Is Gaming the Path to a Bright Future?

Gaming is well-known as a fantastic leisure activity and outlet for blowing off steam. But if you ask parents, the majority will lament the role of video games as a waste of time, distracting their kids’ attention from schoolwork, sports and social activities. Same for bosses, who might think “slacker” when spotting an employee gaming on a phone or desktop.

However, that stereotype is getting a massive update as people increasingly realize gaming is now a viable path to a bright future filled with exciting opportunities. The growth of esports (competitive video game playing), in particular, has been explosive. In 2018, revenue for the esports industry grew 38.2% to $906 million, and if current trends continue, analysts forecast revenue of up to $3.2 billion by 2022.

Gaming as a path to college scholarships

The most talented gamers are scoring esports scholarships, which grew nearly 500% in 2018, as elite colleges field esports teams and attract premiere players the same way they try to reach athletes for swimming or baseball teams. "We're talking to at least three or four new schools every single day. We did not expect this type of reaction," said Michael Brooks, executive director of the National Association of Collegiate eSports, a group that represents more than 40 schools with varsity gaming teams, to CBS News.

Most people might not automatically connect video games with soft skills, but the new generation of gaming is about a lot more than sitting in isolation, pushing buttons to earn a high score. In fact, today’s games rely on heavy doses of teamwork and problem-solving, two of the top three skills that employers most covet, according to the Job Outlook 2019 survey from the National Association of College and Educators (NACE).

One study even found that playing video games in a group can improve other highly desired soft skills, such as resourcefulness (after two months of playing, this skill increased significantly for 81% of the gamers) and adaptability, which increased for 75% of the gamers.

While career options abound for gamers in video game development and marketing, this new realization of the additional benefits of avid game playing is opening doors for game enthusiasts in a wider roster of industries, such as manufacturing, law and education, reports the Wall Street Journal.

Knowing more about the skills nurtured by video game playing and the possibilities inherent in gaming success can make many reconsider their resistance to supporting a gaming hobby. So, whether you are the gamer or you know a casual player or one intending to make a career path out of gaming or video game design, somehow sprucing up the gaming den seems more of an investment in the future than you might have previously thought.

In fact, where gaming equipment was once dismissed as a waste of money, now it’s easier than ever to see its value, particularly when you compare it to buying actual sports equipment.

While video game consoles used to be all the rage, now serious gamers gravitate toward the power of gaming desktops. These powerful machines have the top-tier hardware you need to complement today’s sophisticated gaming software. You’ll likely want to add in a new monitor, as games require ultra-high resolution and rapid refresh rates so your gamer doesn’t miss a second of the action. You may find that some gamers prefer to build their own with components they choose, so you can buy a prebuilt PC or offer them the choice of customization.

If you thought any laptop would do for video game play, think again. Gaming laptops are especially designed to support the power, graphics and battery life that gamers need. The goal of these laptops is to replicate the PC experience when you’re on the road or on the go. You can add in accessories like a gaming mouse and gaming headset to make a complete package.

With the powerful setup you’ve got, a regular computer desk may not do. Gamers prefer the open space available on a gaming desk so they can set up their keyboard and multiple monitors. The secret weapon of a gaming desk? A mouse pad that covers the entire surface to promote more accurate cursor movements. Many also offer features to help you corral cords and cables. Try to look for one that is adjustable for better ergonomics.

You can forget the beanbag chair; today’s players need gaming chairs that are comfortable and ergonomically correct. Try to look for high backs and lumbar support, along with ergonomic and adjustability features to keep your favorite gamer healthy as they practice. Accessory pouches and cup holders are desirable add-ons. You can find a wide variety of colors to complement your décor, such as red gaming chairs, blue gaming chairs and more. Other styles to consider include rocker gaming chairs and reclining gamer chairs.

By taking gaming habits seriously, you’ll be ready to say “Game on” and mean it.

Cathie Ericson is a freelance writer who specializes in small business, finance and real estate.

All content provided herein is for educational purposes only. It is provided “as is” and neither the author nor Office Depot warrant the accuracy of the information provided, nor do they assume any responsibility for errors, omissions or contrary interpretation of the subject matter herein.

Is Gaming The Path To a Bright Future?

The State of American Small Business